Ever wonder what other people eat on Christmas Eve or Christmas Day?  I know I do.  Growing up, we were always traveling, so we had whatever it was our host made–usually ham, I think.  My in-laws always have roast beef, and I’ve always felt like duck was traditional, but I don’t know why and who makes duck these days, anyway?  Turkey is popular here in the United States, but what about the rest of the world?  Well, I’ve set out to answer the question (at least for myself)!  Perhaps one of these meals will wind up on your table next week. 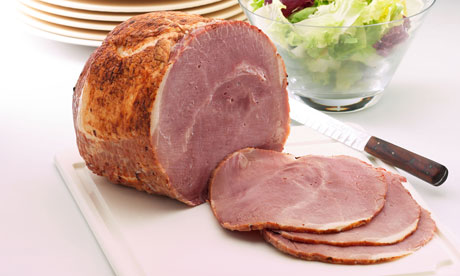 -gets most of its traditions from England, but because turkey is featured in November, most dinners are roast ham, roast beef or goose, along with stuffing, mashed potatoes, brussels sprouts

-even though Christmas isn’t a holiday in most Asian countries, many people do follow some Western traditions like exchanging gifts.  Surprisingly, eating fried chicken from KFC is quite popular (enough that people make reservations!) due to advertising in the 1970s

-wined ham, chicken, turkey or duck, as well as potato and pasta dishes

-dried and salted cod with boiled cabbage and potatoes

–reveillon is celebrated; traditional dishes are turkey with chestnuts, as well as oysters and foie gras.  the dessert is a buche de Noel

-ham, turkey and chicken are all popular, but because Christmas falls in the middle of summer, these meats are often served at a barbecue with cold salads